During Men’s Health week, from June 13 to 19th, and ahead of Father’s day, Leukaemia Care is urging men across the UK to spot the signs of leukaemia.

Leukaemia can hit anyone at any age, from teenage boys to young men and middle aged fathers to grandparents. Symptoms can include fatigue, shortness of breath, fever or night sweats, bruising or bleeding, bone or joint pain or repeated infections.

Zack Pemberton-Whiteley, CEO of Leukaemia Care, said: “Life can get busy with the responsibilities of work and home life, and so during men’s health week we encourage men of all ages to pay attention to what their bodies might be telling them. Men are more likely than women to develop leukaemia, so it is particularly important for males to keep an eye out for these symptoms. If you are suffering from any of these signs, ensure that you book a doctor’s appointment and get checked out.”

On Sunday 19th June, it also happens to be Father’s Day. Living with leukaemia is particularly hard for dads. We have some inspirational tales of men who have endured this condition along with looking after young children. 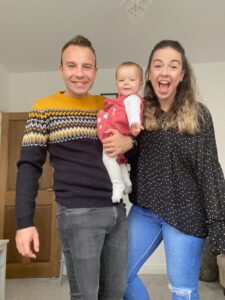 New daughter, cancer and covid in one year. Father to be lost two and half stone and put his leukaemia symptoms down to stress from expecting a newborn amidst a pandemic

In the summer of 2020, Michael Rose, 31, from Sale, Manchester, began experiencing rapid weight loss, fatigue, and breathlessness. Expecting a new-born amidst a pandemic, he put these symptoms down to stress. It was his blurry vision during a family holiday that took him to the opticians and eventually led to his chronic myeloid leukaemia (CML) diagnosis.

“I wasn’t aware of the classic signs and symptoms of leukaemia to begin with, so it’s difficult to look back on that time and differentiate between what the symptoms were and the stresses of everyday life. I lost about two and a half stone just before my daughter was born and put that down to the usual kind of stresses of preparing for a baby. I was only 29 at the time and COVID and everything else in 2020 meant I didn’t really think twice. I began to get tired, going to bed at 9pm and feeling lethargic in the daytime. I remember going for a simple run around the park and was gasping for air! Things didn’t quite seem right but I’m not one to rush to the doctors to get myself checked. I put it all down to being unfit, being a dad and everything else. Looking back, they were the first warning signs. When I was driving on a family holiday, I lost some vision in my right eye! Upon return back to the UK, I got myself to the opticians and the specialist saw a clot behind my eye. I had blood tests and my blood was so thick that they couldn’t take it very easily. I went away and 24 hours later I got a phone call. I remember the words, “Michael, are you sitting down? “You’ve got leukaemia.”

I just broke down in tears. My wife was away at the time with my eight-month-old daughter, and I couldn’t believe what she said. Being diagnosed at such a young age is a real shock for me and my immediate family. When you hear about leukaemia, you automatically think “Am I going to die?” They were my first words after diagnosis, “Am I going to die? How long have I got left to live?” And you automatically Google and you should never Google because Google isn’t the best solution for looking for stuff. Just get yourself checked. And even if it’s a little thing that you don’t think is quite right. I think it’s important just to go and see a doctor. Don’t be scared. With men especially, including myself, you’re quite reluctant to make a fuss and you don’t want to burden people with your problems. But I’m a big advocate now if there’s something wrong with you, go and see a doctor. I took two months off work to process it when I was first diagnosed because my white blood count was one of the highest in the CML community. It was 600. I walked into hospital and everyone was still shocked I was still alive because I was at heart attack level and very close to not making it. There was that to deal with because I had my daughter, cancer and covid in one year, so I took two months off to just reset my life. Once I started on first live treatment for CML, which got my results down from 49 percent CR to 2 per cent in the first year, I failed the first line treatment. It went up to eight percent but I am now on a second line treatment oral chemotherapy now called Dasatinib and my results have gone down from eight per cent to 0.04 percent. It is a very good MMR response and they are very happy with it. I am in the place I need to be to keep it under control. It is a second generation drug but I am managing to live my life without the cancer being a part of me. I am a full time dad, looking after my daughter and being a husband as well as working a 9 to 5 sales job. Read more about Michael’s story here. 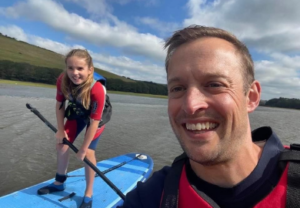 Like many others diagnosed with leukaemia, Paul Phillips, 39, from Tunbridge Wells, could easily explain away his symptoms. It came as quite a shock, then, when he was told his back pain and fatigue were all due to acute lymphoblastic leukaemia (ALL).

“I was a seemingly healthy young professional with a young family and the dreams that go along with that. However, I had been suffering with various ‘niggles’ for about three or four weeks. My symptoms were: severe pain in my back and leg. I also had tiredness and weight loss. I put the back pain down to moving house, the tiredness down to having a young daughter, and the weight loss to recently taking up cycling to and from the station. To then be told that I had acute lymphoblastic leukaemia (ALL) was like taking the floor away from under my feet. Now I am back at work full time, achieved my promotion and undertook the building work on our house. We welcomed another bundle of joy in March 2017: Remi Ada. Our children are now 5 and 10. I was discharged on 11 October 2019, with a clean bill of health.”  Read more about Paul’s story here.

Father’s Day when you’ve lost someone to leukaemia

Father’s Day is also particularly hard for those who have lost their dad’s to leukaemia. For instance Clair Gavin, from Margate, who lost her dad to acute myeloid leukaemia (AML) and then less than a year later her mum was suddenly diagnosed with the same illness that took her dad. 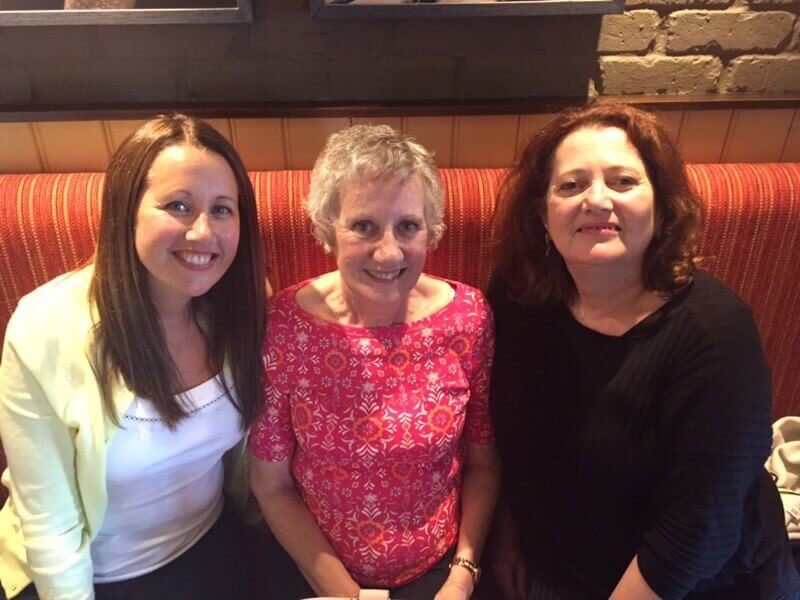 When my dad was diagnosed with myelodysplastic syndromes (MDS) from a routine blood test that he had, he was type-2 diabetic. He didn’t have any symptoms at all, so it was quite a shock, especially as he was a very active man. He received chemotherapy for the MDS during 2015 and this seem to work for him, as in November 2015 his blood results were near perfect and his consultant said no more chemo was needed. However, he didn’t feel well and went to the doctors for a blood test. This led to his being admitted to hospital and he was diagnosed with acute myeloid leukaemia. Just 13 weeks later, my dad passed away with my mum, sister and myself by his side.

A year later my mum was suddenly diagnosed with AML, is in remission and currently living with it.  I still can’t actually describe what AML has done to my family without ending up in tears. It took my Dad from us, but it certainly isn’t taking mum without a fight.”

Leukaemia Care says that a blood cancer diagnosis is likely to be a shock not just for you, but your family too, especially if you have children. Approximately one third of cancer patients are diagnosed at an age when they may be caring for children or young adults, and this means entire families are often affected by a cancer diagnosis. Being a parent can make it very difficult to cope with a blood cancer diagnosis. Leukaemia Care’s nurse advisor, Fiona Heath, gives her tips on explaining blood cancer to your children, and how you can cope with any potential changes in routine in this article.

Meet with others who have been or are going through a similar experience as you.

Get the latest updates from Team LC.

Help us support everyone affected by a leukaemia diagnosis receive the right information, advice and support.

Whether you're an experienced fundraiser or are new to the game, everyone can do with some inspiration.