Julia knew something wasn’t right when she began to experience fatigue and found a lump under her arm, but numerous times she was told the symptoms were nothing to worry about. Following a routine mammogram, Julia was diagnosed with chronic lymphocytic leukaemia. Here, she shares her Spot Leukaemia story. 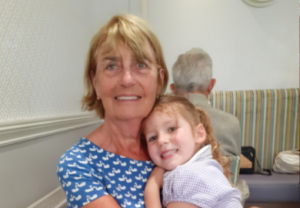 I knew there was something wrong with me, but my GP kept telling me the tiredness was my age and the lump under my arm was raised glands. I had found the lump 18 months before my diagnosis and had seen the GP three times. It wasn’t until a routine mammogram that something was picked up.

It was thought I might have breast cancer, so a biopsy was taken. However, I was instead told I had chronic lymphocytic leukaemia (CLL). I was referred to a Haematologist in Blackpool and was put on watch and wait for a short time. The following year I had a chest infection and was admitted to hospital. I recovered well but shortly afterwards I found that I had trouble swallowing. I was referred to an ENT consultant and after examination I was found to have lymphoma in my tongue, throat and trachea. It was then decided that I needed some treatment. I was fortunate enough to be offered the Flair trial, which consisted of six-monthly doses of rituximab and three tablets of ibrutinib daily for six years. 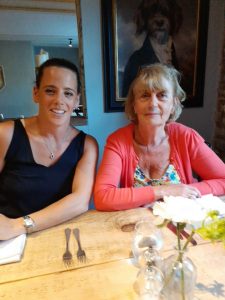 I have just completed the trial and the indications are excellent: no CLL in my bone marrow and only some residual in my blood. I am still receiving four-weekly transfusions of immunoglobulins and I have been infection-free for about two years.

I have a full and varied life and try not to think there is anything wrong with me. I feel very positive as I am in good hands and medical research is always moving forward. The future looks good.

I think it is important to raise awareness amongst not only the public but the medical profession, who may not be fully aware of the symptoms of the illness. If not many people with blood cancers are seen by GPs, it may not be immediately obvious to them. We all need to know what to look for and not be afraid to ask questions.

Leukaemia Care is turning 50 this year. That’s 50 years of supporting patients and their families and providing them with the right information and advice.