When Peter began feeling fatigued and experiencing night sweats, he was not overly concerned, but visited his GP to get his symptoms checked out. However, it came as a shock to both Peter and his mum, Vera, when Peter was diagnosed with myelodysplatic syndromes (MDS). Sadly, Peter passed away in September 2018. Here, Vera shares her son’s story.

On 5th April 2018, Peter was in The Freeman Hospital, Newcastle; he’d been there for a few days as he had been feeling unwell. He wasn’t unduly concerned about symptoms he had been having for a number of weeks. Tiredness was the main issue, but also his heart racing on exertion, his gums had begun to bleed, and he was having terrible night sweats. However, he was fit and healthy, he attended the gym regularly, worked, and enjoyed his life.

A few days previously he went to see his GP, who did some blood tests. Peter continued to work and over the next couple of days he was so busy that he did not answer a phone call he did not recognise. He got several more calls from the same number. He had the same number call on the Saturday at 1am; again, he ignored it, as he was on an early shift to be at work for 6am.

He did his shift that Saturday, finished at 12noon, then went home and fell asleep on the sofa when there was a knock on the door. Two policemen were there, and they told him he must go to hospital straight away. His neighbour was with them and he took Peter to the local hospital. From there he was transferred to Newcastle. Apart from two nights at home with me and his dad, Peter was never to return home or to his own place. He spent six months in the Freeman Newcastle Cancer Centre.

For the first few days he was told he was anaemic, but they had to do more tests to determine a diagnosis. On Wednesday 4th April, Peter was told he had cancer, a little-known disease called myelodysplastic syndromes (MDS)—we’d never heard of it. I did some research on the internet and discovered that there would be some difficult months ahead. At this point Peter still looked healthy. He was still cheerful and very optimistic; he had no intention of dying yet and he would do whatever it took to get back to his life. We, his family, tried to remain positive and we were with him every step of the way.

He needed a bone marrow transplant and his brother and sister were tested. The disease was moving fast and we could see that Peter was deteriorating. He had many blood transfusions, blood products and medication to deal with some of the symptoms the disease produced.

He came home with us a for a couple of nights after being diagnosed. We were a two-hour journey away, and it was for two nights, then back to the Freeman for an appointment.

Peter made a lot of phone calls to his employer, the mortgage company, and basically got some things in order for his long stay in hospital he knew was coming. On the second night, he became unwell. He didn’t want to go back to the hospital early, but his body would shiver violently, his temperature was up, and he wanted to go to bed. He took paracetamol, got into bed and slept till the next morning. He was still not good, so we returned to the Freeman for his appointment. They were concerned, and he needed a blood transfusion. He had terrible rigors, his body violently shaking, like he was having a fit. He hated the rigors—he had many over the next few months.

They kept him in, back to ward 34. I stayed, booking hotels nearby, occasionally going to stay with my sister in Darlington, an hour way, so a shorter trip than going home. I began to get tired myself with all the travelling and worry taking its toll. Eventually, we rented a flat nearby for six weeks. Peter was able to come out of the hospital and stay with us there on a couple of occasions, usually the stay cut short by high temperatures, rigors or sickness. He was getting weaker. He went into ICU, and we were told he may not recover, but after about five days Peter began to make some recovery and eventually went back to the ward. He was weak but he was doing ok again.

My son and daughter’s tests to be a donor for the bone marrow transplant showed that they were each a half match, and it was decided that my son would donate. (Time was of the essence, they said, they couldn’t wait for a full match). He went through all the tests, got the equipment he needed to get going with stimulating his bone marrow. Peter had a blood test, and this showed antibodies not compatible with Michael; they think these antibodies came from blood products that Peter had received. So, then they decided that my daughter would be the blood donor, so the transplant had to be put back a couple of weeks while Rachael prepared to be the donor.

Peter was to start to prepare for the transplant on 08/06/18. Six days of chemo and total body radiation on the last day of chemo. Stem cell infusion to take place on 17/06/18.

Two days into the procedure Peter became really poorly. He was very weak and they transferred him to ICU, where they continued with the chemo. I was in total awe; I don’t know how his body could take any more but he continued to keep going. Again, we were taken into what we called “the bad news room”. We were told it was unlikely he would survive.

However, Peter again rallied round, and he began to recover. He got the stem cell transplant and continued on with the treatment, remaining in ICU. But he became weaker. They put him on a ventilator, a kidney dialysis machine, a feeding tube and catheters—he was hooked up to machines to keep him going. We didn’t think he would survive this and we expected the worse.

We kept a bedside vigil, and after three days they decided to take him off the ventilator, not knowing what the outcome would be. Peter amazingly continued to breathe and the care staff were so wonderful and took care of him wonderfully. Peter recovered enough to go back to the ward, but there was no sign of the transplant working yet, no stem cells showing themselves, no rise in neutrophils, Peter still weak and sleeping a lot. We got through the rest of June, but there was still no sign of the transplant working. Peter was getting weaker again and he got an infection, so back into the isolation room.

We did our very best for him, played Scrabble, watched films, people coming and going to visit, which sometimes he found difficult. Eventually, there were some signs the transplant was working, just as we’d given up hope and the medics had thought about looking for another donor. They took more bone marrow from Rachael to store for future use. Everybody was more optimistic than they’d ever been.

We were heading towards the end of August, Peter that bit stronger. The BMT nurse came and started talking about Peter being discharged. He would have to attend appointments three times a week and he would need to stay close to the hospital. We decided to find a flat to rent more long term and we got a flat within walking distance for us to get to the hospital. Peter started to have the odd night with us. We took him out in the wheelchair; he wasn’t able to walk any distance, but he liked being out in the fresh air and enjoyed little outings, yet he was still very weak. We tried to make things as comfortable as possible, let him do what he wanted. We made freshly cooked food, a change from the hospital food.

Peter turned 33, celebrating his birthday whilst waiting for treatment in a room in the hospital. The nurses came with a cake for him and sang “happy birthday”; that was one of the better days, when Peter was still relatively well. There was a pool table and we’d all often do that, play board games, cards and watch films. On his better days we’d go to the cafe for lunch, and we even had a trip to the seaside on a day that my sister and her husband came. We’d also go for a pub lunch or take Peter in the wheelchair for a walk in the park. It was a very hot summer, lots of people about enjoying themselves. Peter was always worried about getting an infection; he was very careful around people and he was conscious of hygiene, liking things to be kept clean.

The last week in August, they did a blood test to determine how the SCT was progressing. We were optimistic, and he had his discharge in place for the Friday.

Then our world fell to pieces all over again. The blood test revealed leukaemic cells. They weren’t expecting it and we weren’t prepared for what they would say next. There was no more they could do. Peter had but a matter of weeks left to live.

On 4th September, Peter was transferred to The Marie Curie Hospice. He had a nice room and I was able to sleep there as well. He lasted three weeks and died on 26th September 2018.

Throughout all this we got lots of support from family. My siblings in particular were there whenever they could be. They helped so much with a lot of the practicalities that needed doing, booking hotels, finding flats and providing much needed support for us as a family. On the whole, the nurses and doctors were all fantastic, particularly in ICU. Peter made a particular connection with John who was just amazing and I’m sorry we never got back to the hospital to thank him. We were in such turmoil at the time we didn’t know most of the time what day it was, time just merged into one long continuous stream of ups and downs of emotions.

The Marie Curie Hospice in Newcastle was the only option we had really at the end, as going home was too far. I really wanted him to come home; however, the nurses and doctors and all the staff there were amazing and Peter did get the best care. They also looked after us as a family. We were all with him when he died, his dad, me, Rachael and Michael, so I think it was the best option. I was just so grateful for all the care and support they gave us. 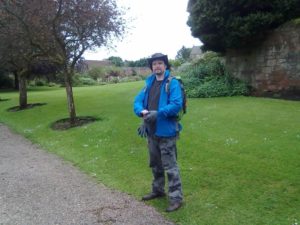 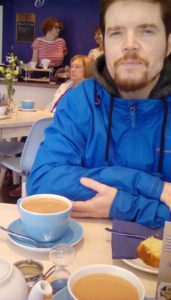 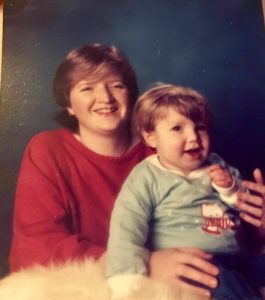 After a blood cancer diagnosis, we know how important information is to help you understand what you are about to go through. Whether you are a patient or a carer, we are dedicated to ensuring that anyone affected by blood cancer receives the right information, advice and support.