Sarah was eventually diagnosed with acute myeloid leukaemia (AML) after unknowingly displaying symptoms for over two months. The half a year that followed proved to be a difficult journey. However, one-year post-transplant, Sarah hopes to be on the road to recovery.

I took a while to realise something was wrong at the start. Looking back, I can see the symptoms and warning signs were definitely there. I was just unaware these symptoms were early signs of leukaemia.

I had been having these symptoms for a couple of months, but I assumed it was all due to the tiring and stressful job of being a teacher. However, on Monday the 25th of June, I woke up at around 4am and immediately noticed I had severe bleeding of my gums. I had been to the dentist a few days prior regarding pain in my wisdom teeth and so I assumed this was related. I then had a shower and felt incredibly dizzy and faint which led me to pass out. I lay there for a few minutes deciding I was just run down.

Regardless of this traumatic morning, I still went to work. A couple of hours into my day a co-worker noticed more bruises on my arm. At lunch time, I started to feel faint again and the co-worker from earlier sent me to the Head Teacher. At this time, I also received a message from my partner’s sister, who is luckily a GP. She insisted I go for a blood test immediately as she feared it could be leukaemia.

After having my blood test on the 25th of June, I returned the next day for the results. Initially, they still hadn’t received them and so I was sent home only to receive a phone call almost immediately telling me to come straight back with another family member. My GP told me she feared I might have leukaemia. I was not familiar with the disease, but my mum being a medical professional, knew what it was straight away and broke down.

I was sent straight to the Cancer Unit at UHNS. My partner joined myself and my mother whilst a doctor and a Clinical Nurse Specialist (CNS) told me I had a high probability of having acute myeloid leukaemia (AML). Once again, I was unaware of the disease and my mother was beside herself. As soon as the CNS described it as a form of cancer and the treatment for it being chemotherapy, I knew what type of journey was in front of me. The GP was very concerned and upset and the CNS, although you could tell had done this before, still showed a great amount of compassion for a situation that was completely new to me.

After being diagnosed with AML, it was a complete whirlwind of events. I had never had any previous health issues and was completely needle phobic. I hated the idea of being in hospital and the first bone marrow biopsy I had was incredibly traumatic.

Before my first round of chemotherapy could start, I needed to be free from all infections and have a Hickman line inserted. Unfortunately, I had an eye infection which needed resolving, and whilst waiting I was also diagnosed with pneumonia. This delayed my chemotherapy and it was a very scary time. Luckily, I managed to pull through and started my first round of chemotherapy. One of the worst infections I had during this time was chicken pox which developed into vasculitis.

I then had a third round of chemotherapy before the transplant to remove any last leukaemia cells. During this time, I developed sinusitis and had to undergo surgery to cure the infection before I could have the transplant.

I was so nervous when I entered the Queen Elizabeth Hospital in Birmingham on 4th December 2017. I didn’t know what to expect from the transplant – apart from being told frequently it would be tough. I had a week of the most intense chemotherapy to date which completely wiped my immune system out. The day of the stem cell transplant was actually very uneventful in the grand scheme of things. Compared to all my invasive and intense treatment so far, it was a little underwhelming. It was a lot like a simple blood transfusion. The most nerve-wracking part was waiting for it to arrive as it came all the way from Germany.

Following the transplant, I had to wait to regain my blood counts to a certain level before I could leave hospital. I had quite a few unfortunate side effects from the transplant. The first thing I suffered from was mucositis (which I was warned about prior to being admitted to the QEHB). It was unpleasant and I really struggled to eat during this time, mainly surviving on fluids through a drip. I then got BK virus, which was an infection in my bladder. It took a few months to recover from this and I ended up having surgery to remove the blood clot in my bladder.

Unfortunately, I didn’t quite make it home for Christmas, but left hospital in mid-January. I was in hospital for my stem cell transplant for a total of six weeks. I was re-admitted to hospital a few times over the following months for various things including managing the BK virus, developing pancreatitis and a few unfortunate collapses due to low blood counts. I also had about six months of symptoms from GVHD (graft vs host disease). The GVHD was in my upper gut, so I had a lot of sickness during this time which was eventually overcome by steroid treatment.

On a more positive note, I have recently celebrated my one year ‘re’-birthday! I was very fortunate to have received my stem cells from the generous donor in Germany who was a 10/10 match. I will be forever indebted, and I am incredibly lucky to have been surrounded by NHS staff who went far beyond their required duties. I am still recovering and do feel I have had almost every infection going, but I can feel my strength returning and I am gradually returning to my new normal life. My fiancée, family and friends have made it so easy for me to do this, and I am very lucky to have their support – as well as my adorable miniature dachshund Juno, who gave constant licks and affection!

I never like to say the words ‘in remission’ as it implies I am cured of the disease forever. I am just over one-year post-transplant and seem to be doing very well in terms of not picking up infections and building my strength back up. I attend medical check-ups every month and I am currently on a limited amount of medication. I have recently had my new immunisations and in February I returned to work as a Teacher on a reduced hours basis. There have been a few bumps in the road since returning to work, but work have been incredible in supporting me throughout my diagnosis and have certainly made it a lot easier to return back to the profession I love. Returning to work has allowed me to feel a lot better in myself and I have recently joined the gym to help regain muscle strength.

I think Spot Leukaemia is so important because it allows people to understand more about blood diseases. Before any of this happened, I had no idea what leukaemia even was, never mind what the symptoms might be. Just knowing what the crucial early signs are could save your, or someone else’s, life. If I hadn’t been told to go and get a blood test that day it could have taken my life, so I think it is crucial the symptoms of leukaemia are known more and talked about more often. 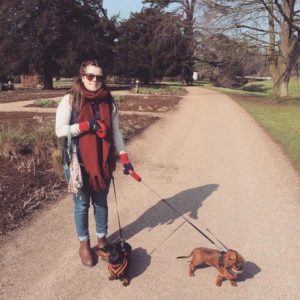 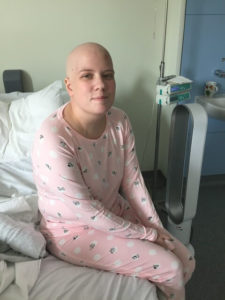 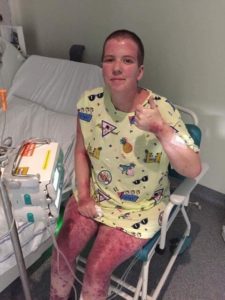 Juvenile myelomonocytic leukaemia (JMML) is an excessive production of the monocyte white blood cells in the bone marrow, which infiltrate other organs including the spleen, liver, lung, and gastrointestinal tract.