Ruby had many of the classic signs of leukaemia before diagnosis, but it was assumed she had anaemia and was sent on her way to recover. However, Ruby didn’t recover. Trusting her gut, she took matters into her own hands and visited a walk-in clinic where her symptoms were recognised for what they were. Now in remission from B-cell acute lymphoblastic leukaemia, Ruby is sharing her Spot Leukaemia story.

My first year at university was going really well and I was having a brilliant time. I was at the Liverpool Institute for Performing Arts studying song writing and performance, both real passions of mine. I loved performing at university and at local open mic nights and I had just started a band. I had a great group of friends, loved the city and was enjoying being an independent 19-year-old. 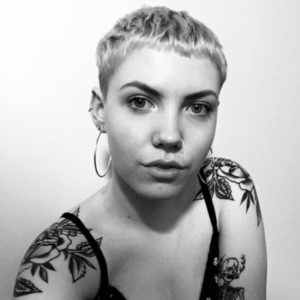 I began to feel quite fatigued, but I initially thought I was just run down from student life. I kept thinking that a pint would make me feel better, so I just pushed through. I was that pale I was almost see-through, and I began to have pains at the bottom of my leg like shin splints.

It went on for three months until I was walking home after a friend’s gig and I collapsed. By this point, other symptoms had appeared, such as weight loss, bruising and shortness of breath. I went to a walk-in clinic and they just said that I was anaemic and sent me away. But I knew something was wrong, so I went with a friend to the student health clinic the same day. Just by chance, the nurse seeing me had experience with blood cancer, and she saw how pale I was and did a blood test.

I was sent to A&E along with my bloods. My parents came down from Leicester to be with me as I was kept on a halfway ward. At the time, I didn’t understand the seriousness of the situation. It wasn’t until the next day when the doctors woke me up and listed off a few illnesses that it could be that I heard the word “leukaemia”, and I knew then that my life was about to change.

They then moved me to a women’s cancer ward where I waited over the weekend till I could have a bone marrow biopsy on the Monday. I remember waiting for the results and that

night hearing the other women on my ward throwing up and suffering due to the chemo and thinking: “Is this what I have to come?” The biopsy confirmed it was B-cell acute lymphoblastic leukaemia (B-ALL) and that afternoon I was sent by ambulance to The Leicester Royal Infirmary. I knew I needed my family around me during treatment so I decided that I would go back to my hometown for treatment. It was hard saying goodbye to my close friendship group though. We spent so much time together up until that point.

I started my first round of chemo the day after I arrived at the ward. It went OK, but I don’t remember a lot of it and my mum thinks that’s a coping mechanism. During the second round of chemo, I had injections in my stomach which were bad. I am quite petite, but the steroids were making me very hungry. I was never satisfied, and I was eating that much that it made me very sick. My face swelled with the water retention, I lost my hair, I got pneumonia and oral thrush.

The effect on my mental health was very bad, and I got very low moods. I asked for a counsellor, but the waiting list was really long, and I was told that it would take up to seven weeks to get one. My parents decided to pay for me to go private as I couldn’t wait that long.

My mum stayed at the hospital every night to support me. When I woke from morphine-induced nightmares I needed her there to calm me down. When I was really poorly, I needed her to wash me, put me to bed and get me dressed. She cooked for me and took me to hospital. It was tough being so reliant on other people after being independent, but you need your family at a time like that.

I did a year of intensive chemo and then started my maintenance period of chemo in November 2019, which lasts for two years. I started recovering and getting some strength back and I was planning to go back to university in the February! However, I went to Liverpool for New Year’s Eve to spend it with my friends, and whilst there I started getting pain in my shoulder. Just a day after I got back from Liverpool I had to go into hospital, and I was diagnosed with osteoporosis and septic arthritis in my right shoulder, which was caused by the steroids I was on and my low immunity. This required surgery and a lot of recovering in hospital as well as high doses of morphine. This set me back a lot and was quite hard for me to deal with. 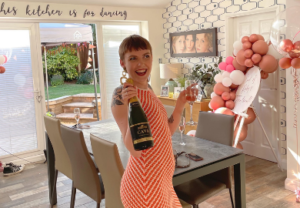 Then the COVID-19 pandemic hit and the whole world went into lockdown. Yet in this time I recovered – I got back into exercise and started singing and playing guitar again. I moved back to Liverpool in the July in a flat with my friend and started uni again. I spent a lot of the time going back and forth from Liverpool to Leicester for treatment, and then I had to shield in Leicester for the second lockdown and finish my first year of degree online, but my mental health and physical health were a lot better. I still dealt with hospital admissions and infections, but I recovered a lot quicker.

I am in remission and have been since the first round of chemo, which I am very happy about. My treatment finished on 17th July, which means I can really start recovering and go into the second year of my degree chemo-free!

We’ve created an automated form that sends an email to your elected representative asking them to consider our recommendations to improve the Watch and Watch period – all you need to do is fill in your name, email address and postcode below. It’s that simple!