In 1996, Kevin, a secondary school teacher, was diagnosed with hairy cell leukaemia (HCL), a rare but chronic form of leukaemia. Here he discusses what difficulties may arise in trying to hold down, what is for most people, a stressful occupation and how the understanding and support of employers is crucial to achieving that. 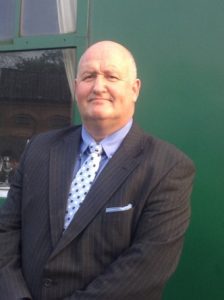 In November 1995 I went on a battlefield field trip with my school to Belgium and came down with what I would describe as a bug with fever-like symptoms. I managed to shrug it off and it was not until the following January (2016) that I had acute pain in my left side. The pain was so intense that I was doubled-over. I called for an ambulance. I spent the next five or six weeks as an out-patient undergoing tests but when it was suggested I required a lumbar puncture I feared I was moving inexorably towards a diagnosis of cancer. By now I was lacking in energy though the level of pain I had earlier experienced, was now no longer as acute.

In March 1996, I received a telephone call at work to attend the hospital immediately. I thought (and still do) that this was a little over-dramatic since I had an appointment booked for the following week. The Consultant Haematologist announced I had Hairy Cell Leukaemia (HCL), but, in an attempt to lessen the impact, suggested that this was “one of the better cancers to get” because, although incurable, it is not life-threatening. Sufferers tend to die from infections rather than from the leukaemia itself. I feel the Consultant could brush up a bit on his bedside manner!

I thought I had to appraise my employer, a Surrey Secondary School, of the nature of my condition. In a meeting with the Headmistress. I informed her of the diagnosis. She laughed nervously and said, “That isn’t an illness!” The condition is little known, true, and sounds sort of funny, but that wasn’t quite the response I was expecting.

Over the next few weeks, I began to experience a strange tingling sensation in my legs. They grew weaker and I had difficulty standing and walking. Whilst teaching I was having to move from desk to desk for support. On Saturday, after a few falls, things were so bad that I had to attend A&E. I was admitted on the 21st of April and woke up the next day to find my left leg totally paralysed. The doctors told me that the cancer had got into my spine and affected the nerves in my legs. I was diagnosed with Transverse Myelitis (TvM) in addition to my HCL.

Facing a cancer diagnosis is stressful but this was a further setback. Nevertheless, I was determined to overcome these and try to minimise their effect on my life. I underwent chemo- a course of Cladribine for the HCL and steroids for the TvM. I was let out of the hospital to get married. I threw myself into my work doing considerable prep work in the hospital and at home so I would easily reintegrate on my return to school. Sadly, there was no such participation from my employers who failed to heed any advice given them.

As with other sufferers I had bruising on my legs, bleeding gums, constant lethargy, decreasing platelets and aching bones. I suffered pain in my side due to an enlarged spleen.  I was off sick for short periods various times due to infections, though actually less frequently than some of my colleagues who do not have cancer. Still, I was informed that due to my absences (all cancer-related) I had reached a “trigger-point” and I was threatened with the prospect of capability proceedings. I was directed to their own occupational health advisors who notified my employers that I could function perfectly well if reasonable adjustments were introduced. They never were.

In 2017 my GSCE class gained 100% A*-B in their national exams. A result not bettered by anyone since. Nevertheless, my employers appeared unable to cope with the complexity of the situation. I was not informed when a child in my Tutor Group was diagnosed with Meningitis despite having been told of my susceptibility to infections. MacMillan recommends that organisations have a policy for dealing with employees with cancer and have produced a “Model Cancer Policy.”

Things went from bad to worse with the introduction of a Line Manager who just didn’t know what she was doing. It is admitted that no instruction or training was given to her in how to deal with employees requiring long-term support. Once again Macmillan have produced advice for Line Managers “Ten Top Tips For Line Managers.”

The outcome was inevitable. Despite specific instructions from their own Occupation Health Advisors that I should have regular opportunities to discuss emerging stressors at work, no such meetings ever took place and then when I did raise specific concerns, I was shouted down and exposed to victimisation. In order to better understand my rights in this regard, I applied to go on a Union Course regarding “Discrimination at work” and this was interpreted by my Line Manager as ‘a threat to the organisation.’ More harassment and victimisation followed. My health nosedived. In July 2020, unsurprisingly, I was diagnosed with a return of my Hairy Cell Leukaemia. I was further diagnosed with a heart condition due to the stress. The second time round for chemotherapy I was given firstly Cladrabine, then Pentostatin though the administration of the treatment was stretched out over a few months due to cardio interventions.

I was forced to resign from my post as a teacher- a job I was very good at and had enjoyed doing for eleven years. I now find that communication and interface with three hospital departments (Haematology, Neurology and Cardiology) is a full-time job in itself, particularly when COVID rules were in place. It can be frustrating, as symptoms like breathlessness, pain with the knock-on effect of sleeplessness, fatigue and difficulty in concentration either are common to all or else are non-specific. Weeks or even months can pass without an appointment, then they all come at once like London busses. The COVID period has increased the sensations of isolation and gloom, but I guess I’m not unique to that. I’ve started swimming again and my mobility is much improved.

If there is a moral to this story it is this. As an employee diagnosed with cancer, acquaint yourself with your rights as soon as possible. Engage with your employers early and ensure they are aware of the impact your condition is having on you. Try to be realistic about how much you can manage at the outset and keep copies of all interactions; agreed notes of meetings, e-mails etc.

As an employer, reassure your employees that they are valued, recognise your legal responsibilities under the Equality Act 2010 (or Disability Discrimination Act in Northern Ireland), provide a framework for supporting employees affected by cancer, provide guidance to managers and ensure that all your employees are treated fairly and consistently.

When someone close to you has a blood cancer

Hearing the news that someone you love has a blood cancer can be one of the most overwhelming and devastating times of your life. Whatever your relationship with that person, it’s natural to feel a range of emotions.