Katherine was just 19 and had barely even begun her education at university when she was diagnosed with acute promyelocytic leukaemia (APL). It was assumed her symptoms were just freshers’ flu, and Katherine even considered cancelling her GP appointment. Thankfully, she didn’t – a decision that saved her life. Here, she shares her Spot Leukaemia story. 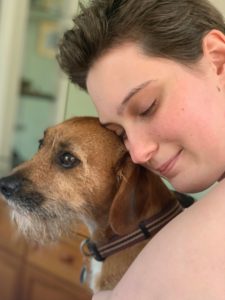 I’d just moved to university when, during my first week, the fatigue started to set in. No matter how long I slept, working and even walking short distances became exhausting. At this point I started to notice some bruising but thought it was normal. Looking back, it was anything but. I also noticed that my period had lasted too long and was too heavy. My GP was unconcerned, suggesting my symptoms could all be explained by freshers’ flu and stress. As a precaution, they ordered some blood tests. Later that night, my GP phoned telling me I needed to get to my local hospital’s haematology ward immediately.

When I got to the hospital, the doctor explained there was a very high chance I had acute promyelocytic leukaemia (APL) and that, with my white blood cell count being as high as it was, they needed to start treatment before they got the diagnostic tests back. I tried to find any reason not to believe them as I didn’t think I was that sick. I thought maybe there had been an admin error and they thought someone else’s tests were mine. Quickly, the numbness I felt when I was told started to change into a fear of telling my family. After I’d phoned my family, a consultant asked if I had any questions. At first, I had none. As I thought about it, I realised there was one question I wanted to ask. The day before, I had started to feel slightly better and considered cancelling my GP appointment. I asked, “What would have happened if I had?” They calmly said that without treatment, I’d be dead by the end of the week.

Over the course of 24 hours, I had started chemotherapy and my condition was deteriorating. I was quickly transferred to the intensive care unit. Shortly after, I was put on a ventilator, but was still deteriorating. They told my parents there was one last thing they could try, an ECMO machine. However, the hospital didn’t own one so they would have to transfer me and they were not sure I would survive the journey. My parents asked my family to visit, thinking they may be saying goodbye to me. Thankfully, after a few days on the ventilator, I started to improve. A few days later, I was well enough to be woken up. After waking up, I experienced strange hallucinations, delusions, and difficulties talking and swallowing. The hallucinations terrified me to the point that I was unable to close my eyes and sleep. The worst part was the confusion. As my vocal muscles had deteriorated, I struggled to communicate. I felt isolated and scared. A few days later, I was moved off the ICU and onto a cancer ward.

While on the ward, I needed physiotherapy to try and learn to walk again. The muscle decay from ICU meant I couldn’t move by myself and was bed-bound. It was also while I was on the ward that I noticed my hair falling out. As I was unconscious for the majority of my first round of chemotherapy, I had somehow forgotten that I would lose my hair. It took me days of trying before I could look at myself in the mirror and see the damage. When I finally looked, I almost didn’t recognise myself. The bald, frail woman in the mirror couldn’t possibly be me, could she? It was at this point I realised that, in some ways, I had died back in ICU. I’d lost so much, my dignity, my freedom, my health, and now my hair. I couldn’t see a route back to who I was and failed to see a path to “the new me” people were telling me to find.

Slowly things started to regain some hint of normality. I started being able to drink, to eat, to walk. Eventually I was allowed off the ward in a wheelchair for fresh air with my mum. Believe me when I tell you that despite the wind, despite the rain and cold, that first breath of fresh air remains the best moment of my life. I’ll never be able to explain how amazing it felt for cool air to fill my lungs. It was like I had finally become a person again. I’m not ashamed to say it brought tears of joy to my eyes.

Eventually, talks began of transferring me to a hospital closer to my family home. Before I left, I started to have some chest pain. When they looked into it, the doctors found some fluid around my heart (pericarditis) but decided to leave it and I was temporarily released.

After a few days at home, I was struggling and decided to go into hospital earlier than planned. My pericarditis had worsened and needed to be drained. I spent a few days on a cardiology ward before being moved onto a cancer ward for my second round of chemotherapy. The second round was not as bad as I had feared. Bar some vomiting and a bit more hair loss, it was relatively uneventful, and I was released to spend Christmas with my family. On Christmas Eve, I went into hospital for one of my tri-weekly check-ups and something started to feel wrong in my chest. I couldn’t put my finger on quite what felt wrong but when I told the doctor, they didn’t think anything of it. The following day, I felt something ping in my chest, leaving me hunched over in pain for a few minutes. It turns out my lung had collapsed and I had an infection. 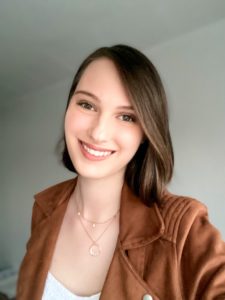 Before starting the third round, the cardiologists noticed that my heart muscle was weaker than they would have wanted. Over several days, consultants from cardiology, oncology, and haematology debated changing my treatment. It was a split jury. The decision was mine to make. If I stayed on my current treatment, my heart could become weaker and I could continue to get very unusual side effects, but if I changed treatments, I would not be able to return to university in the autumn as I would have to start the process again. I chose to continue with my current treatment in the hopes that my life would get back to normal sooner. Thankfully, there were no serious side effects during my third and fourth rounds of chemotherapy.

During my treatment, the nurses, the doctors and other NHS staff were amazing. Everyone around me was fantastic. Although I struggled during my treatment, it wasn’t all dark and gloomy. There were moments of joy and times I laughed so hard I thought I was going to explode! Those are the moments I cling on to. Cancer will be a difficult and scary time during anyone’s life, but there is always light to be found.

I recovered enough to return to university in September 2019 without any need for my wheelchair or a large amount of medication. My first term was strange as I was still fatigued and struggled with the cognitive effects of chemotherapy and an intracranial bleed. Despite this, I still managed to enjoy my first year, regardless of it being cut short due to the COVID-19 pandemic. Now, two years later, my cancer is still in remission and its effect on my day-to-day life is barely noticeable.

I nearly cancelled my GP appointment as I was unaware of the symptoms of leukaemia. I thought my symptoms were normal when they were anything but. Keeping that GP appointment saved my life. If I had cancelled it, I would have died days later. Spot Leukaemia is important as it may stop others from making the same mistake I almost made.

The following advice is taken from British Dietetic Association 2016